80.7 acres on Dent Island at the east end of Cordero Channel where it meets Yaculta Rapids, in one of the most phenomenal areas within the Discovery Islands region due to the active tidal waters and the close proximity of the BC mainland and Bute Inlet. Encompasses the entire southern and western shorelines of Dent Island plus Mermaid Bay to the southeast. Includes three beautiful bays, two of which have exposure to the south-west overlooking Dent Rapids. Mermaid Bay is located on the south-east end of the island with views towards the Yaculta and is well-protected from all winds. One of two substantial private titles on 113 acre Dent Island. There is also a strip of land along the shoreline in Mermaid Bay, approximately 3.9 acres in size, which has been subdivided from the parent parcel in order to preserve the access and rights of a historical towboat reserve located in Mermaid Bay. A towboat reserve is a safe haven for tugboats and their tows of logs or barges during times of extreme tides and weather. The towboat reserve may remain as such in perpetuity, however it should be noted that the owner of the upland portion will have the first right of refusal to acquire this property if it should no longer be required as a towboat reserve by the tugboat association. The land is fully forested in a healthy, second growth forest that is a mix of fir, cedar and hemlock. The shoreline is predominantly typical west coast rocky frontage, however on Mermaid Bay there is a modest gravel pebble beach with low bank easy access shoreline and a gentle level topography moving in land. The topography is mixed and relatively user-friendly throughout the entire property. There are numerous options for building sites and locations that enjoy the fabulous views. The island reaches an elevation of approximately 180 feet. This would be an exceptional location for the development of an exclusive private coastal island retreat. (id:15472) 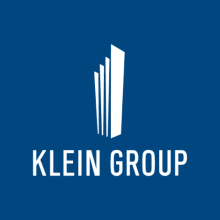 GET IN TOUCH. WE LOVE TO CHAT!

Stay connected and customize your experience. Your subscription here will give you exclusive first access to our public and non-public offerings, foreclosures, new projects and developments. Choose to receive only residential, commercial or project marketing updates – or receive all three!